Long time no blog... I apologise, but I was enjoying my vacation. Which is why I now need a vacation.

Since I didn't blog at all while I was away and so many of you want to see the pictures, I thought I'd do a few posts about the places we saw and the things we did. We have around 7000 photos, including some that we didn't copy from Willem and some that we haven't even copied off the cameras. It's kind of hectic. But considering there were three of us armed with cameras, it makes some sense. Doesn't it?

Anyway. First things first. I'm not built for flying. At all. I don't mind the lift off or being in the air, except for people who are inconsiderate towards those sitting behind them in a eleven hour flight, pushing their seats back as far as they can go and crushing the person behind them, eg, me. We experienced this both from and back to South Africa and it sucked. But anyway, the part of flying that gets me is the descent. It makes me feel really dizzy and nauseous. The landing I don't mind, but the going down is terrible. What do you love or hate about flying?

We landed in Amsterdam on Thursday, 30 August, after our flight departing late (around 40 minutes) from OR Tambo on the 29th. The pilot made up for it though and we landed half an hour early at Schiphol, which is the best airport I've ever visited. What was awesome is the fact that we could speak Afrikaans to the people there and they understood us. Dutch people are really friendly! This is not something I can say about some of the other people of the world... (: 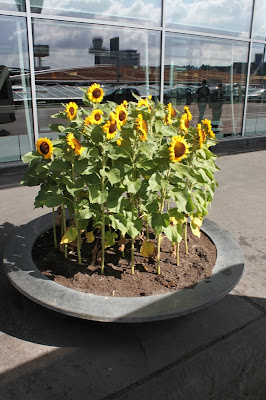 So, Schiphol is really clean and pretty for an airport. They have large flower pots surrounding the airport, which had beautiful sunflowers in the time we landed there. These flowers get changed every two months, just to keep the place surrounded by beauty.

We pre booked a tour of Amsterdam with Great Amsterdam Excursions (like them here on Facebook), and Hans was our tour guide. There were only five of us on the tour, which meant we got a more personal tour. What was awesome was that Hans was so obviously in love with his job and he told us all about the city with enthusiasm.

We were off in the tour bus and the incredible sights of Amsterdam awed us. 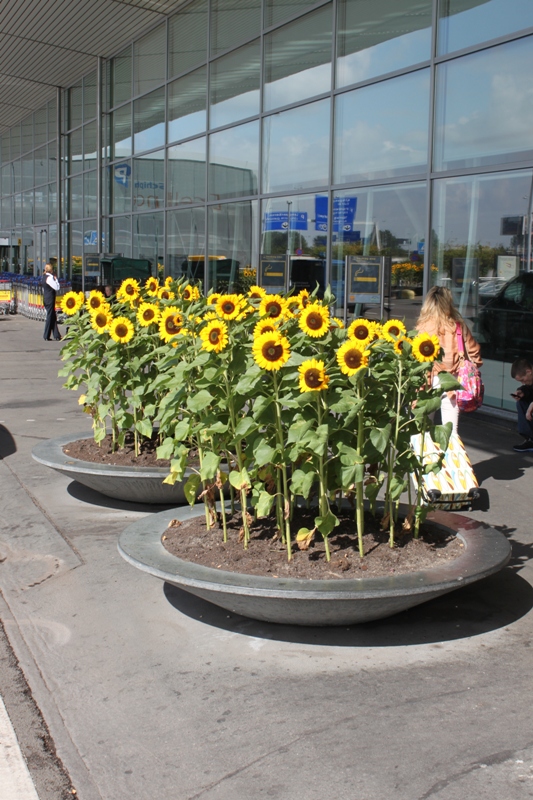 The first place we went was just out of the city, about ten minutes drive, where we saw incredible scenery and a wind pump. 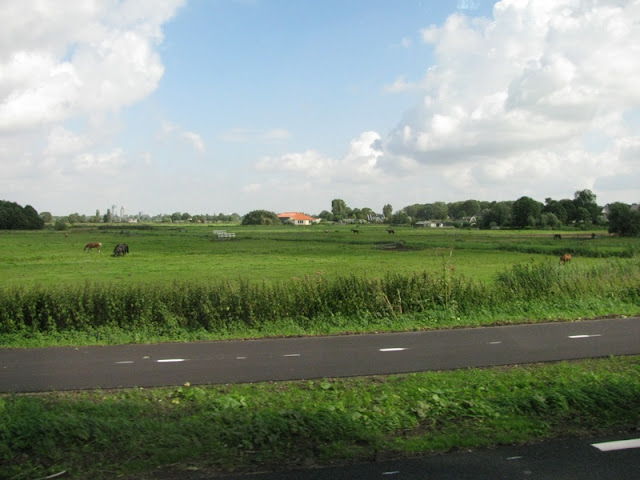 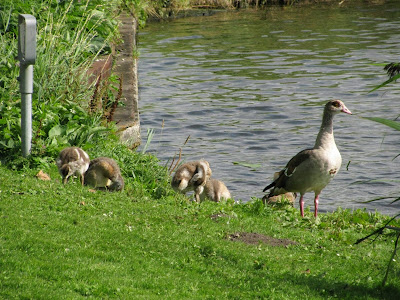 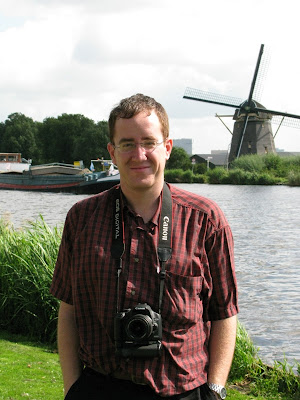 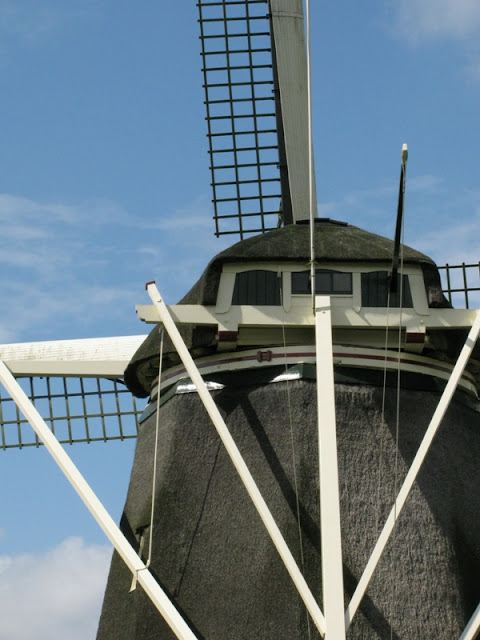 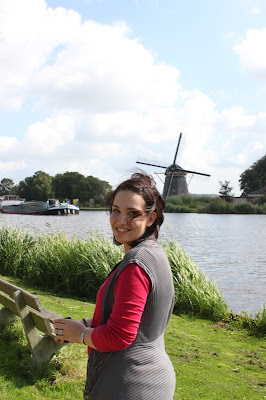 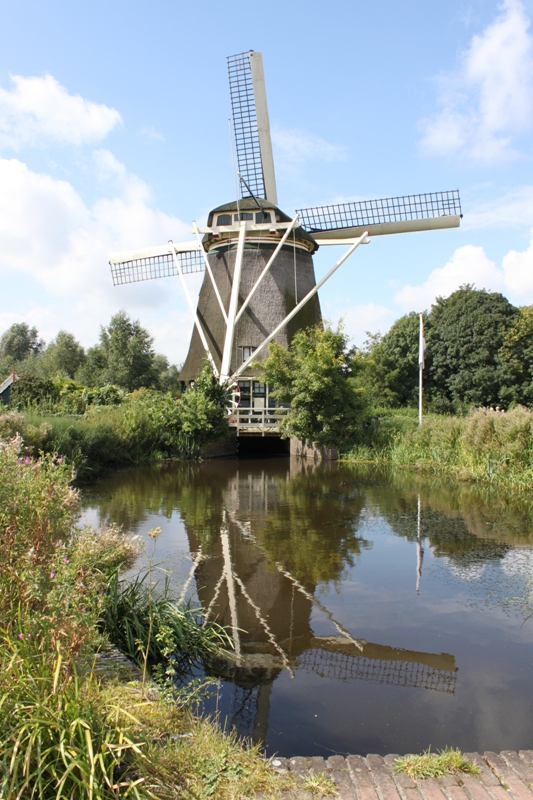 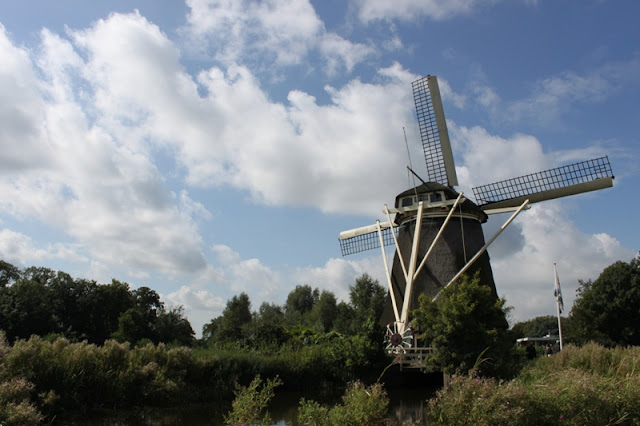 There are only eight wind pumps left in Amsterdam, which is a shame, but they've been named conservation sights now and are being protected. Notice the large wheel on the base of the pump in the bottom picture? This can be turned by one man, rotating the top part of the pump 360 degrees, so it will face the wind. 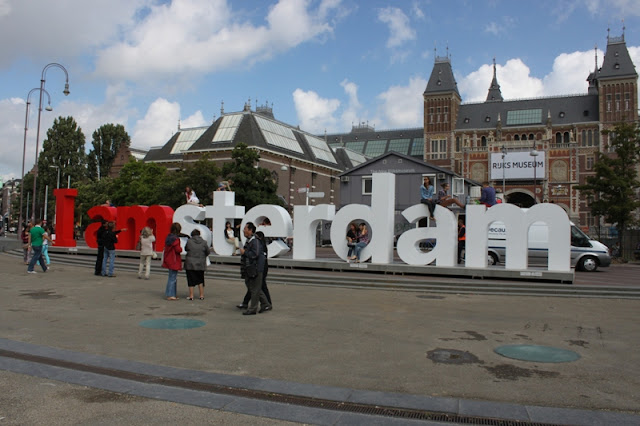 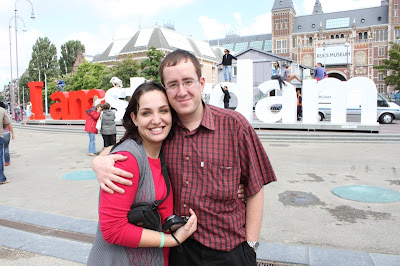 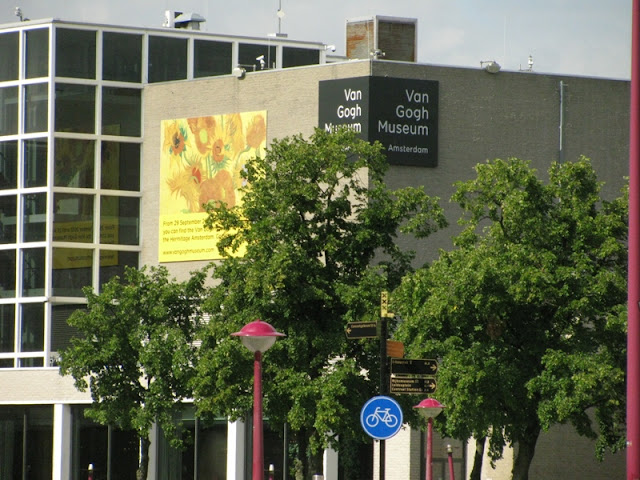 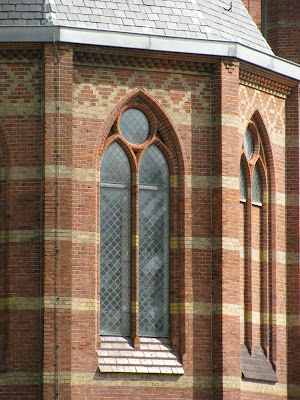 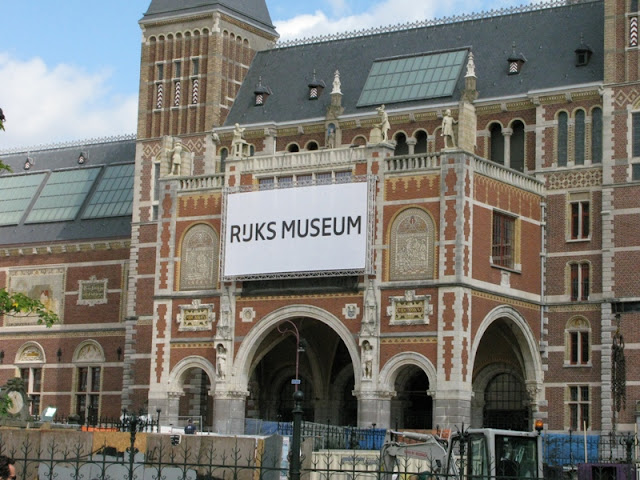 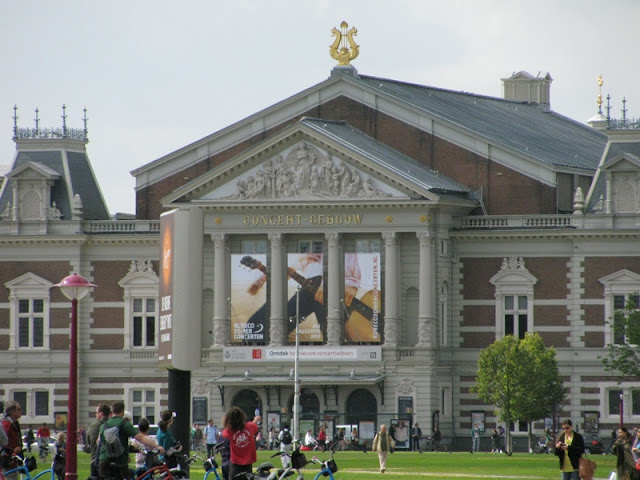 We continued on through the city, seeing wonderful buildings and some of the waterways. Amsterdam is beautiful! 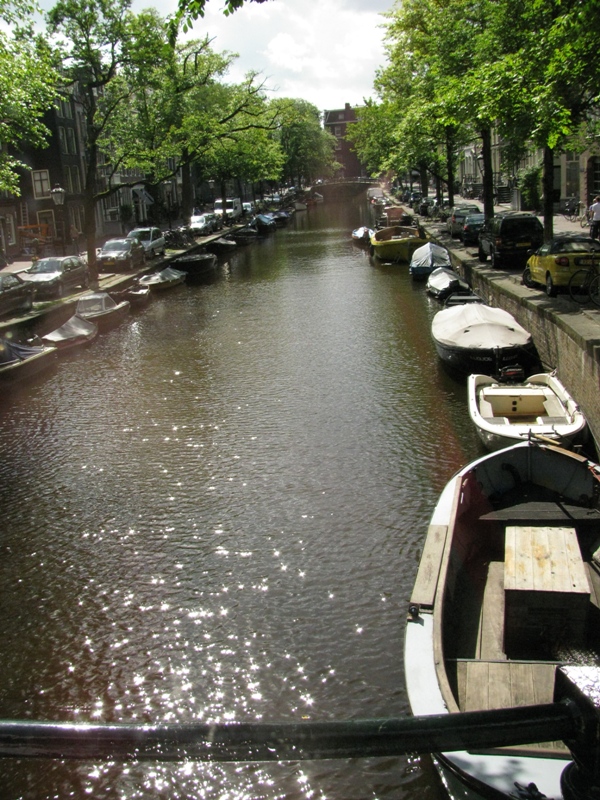 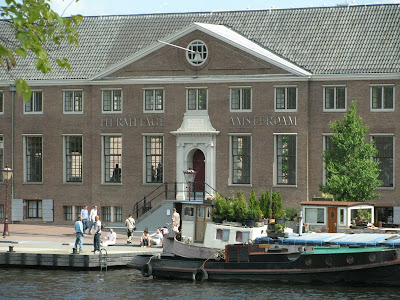 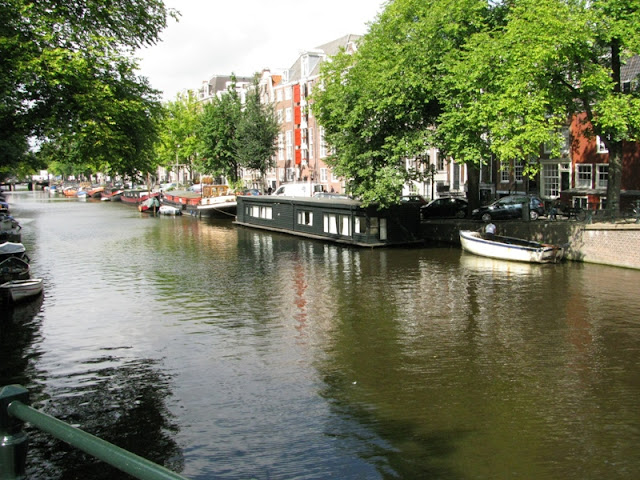 This following picture is one of the palace in Amsterdam. The royal family doesn't live here, this building is simply used to receive foreign dignitaries! They Dutch Royals live in Den Haag, even though Amsterdam is the capitol of the Netherlands. 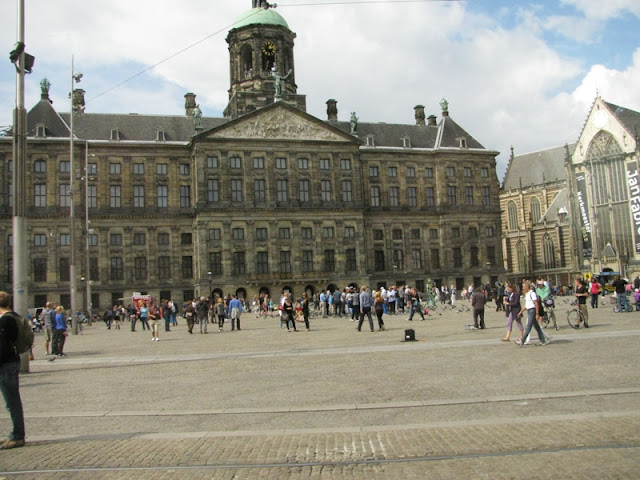 We went on a boat tour next, where we saw some of the museums on the waterways as well as this, which is the largest floating Chinese restaurant in Europe, which I think was called The Golden Temple. It is massive! 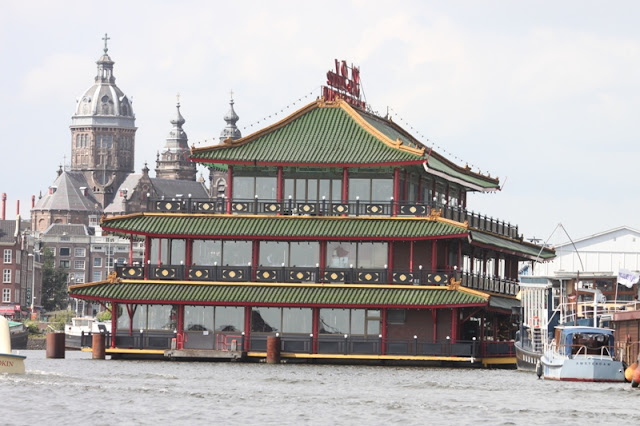 Last, I have pictures of the replica of the Amsterdam ship for you. We have many more pictures of Amsterdam, including sculptures, architecture and many other things, but I'm not planning on uploading all 7000 pictures here. :P Anyway, the Amsterdam ship project was started to employ citizens without skills and jobs and when the ship was built, they were sent out with a much larger chance to find work. 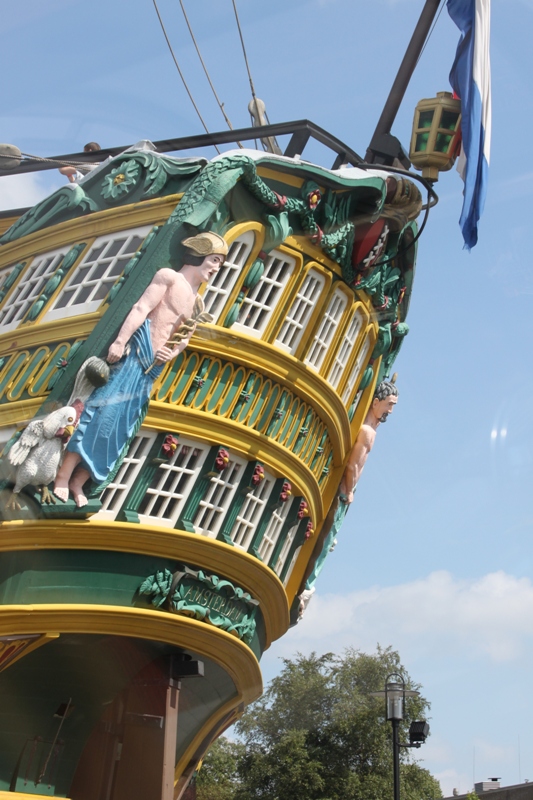 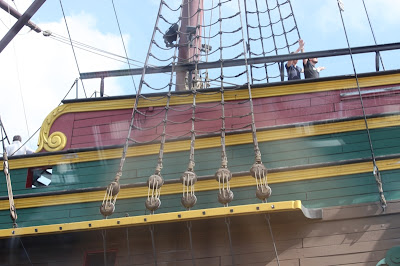 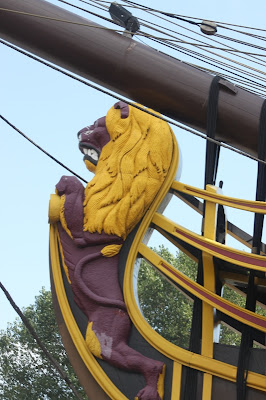 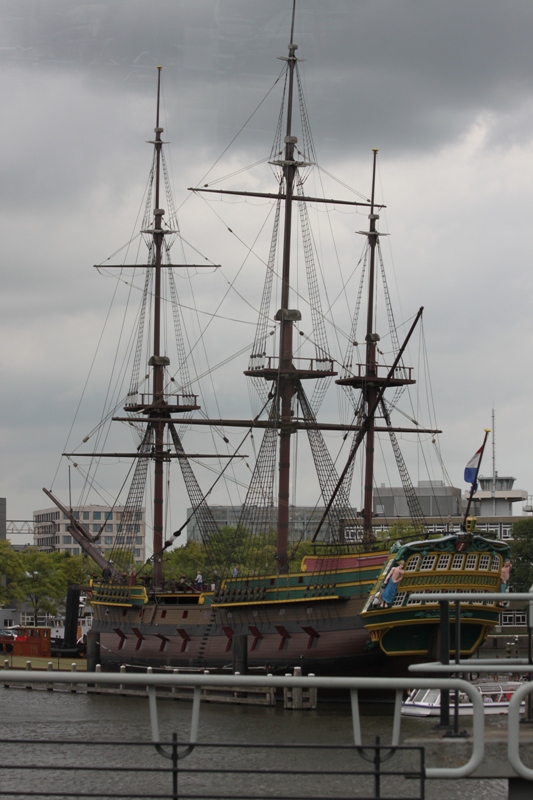 Tomorrow, I'll take you to London. My stay there was so long, that I'll be splitting it up into groups, so you can enjoy the sights of the centre of the world with me. :)

Stay beautiful folks, and be kind to animals!