Little was I to know that I'd enjoy one of the highlights of my trip on 11 September, the day we landed back in London from Venice. I honestly didn't think I'd be awake enough to care about a football (that is soccer) game, being as tired as I was. I've never been a football kind of girl! I mean, my daddy watches rugby and cricket and those were the sports I grew up loving and supporting.

But I had no idea what was waiting for me.

We got off the plane at Heathrow, took the bus to Willem's work and he dropped us off at home just to go back to work. Jan and I unpacked and I did some laundry (fantastic, no?) and we spent the rest of the day laying about and watching (to Jan's distress) some Dr. Who. Heck, it's season 7! How was I supposed to resist? As the time drew nearer, I took a shower and got ready for the game.

Willem, Ed and Tony came home from work and we were off, the boys chattering excitedly and myself trailing behind tiredly. We took the tube to Wembley, where the air was already buzzing. The game turned out to be a world cup qualifier, which made the fact that we were there even more impressive. My own blood began to buzz in my veins as we walked with the masses up to the stadium. Suddenly, I was an England supporter as well, a strange phenomenon I could not explain.

We had something to drink and then went to our seats to wait for the game to begin. The Ukraine supporters were already cheering, all seated together in one section of the stadium, wearing their blue and yellow proudly. They were kept safe by police officers on every second step. The rest of the people there were supporting the home team, red and white flying everywhere.

England scored, but the goal was not allowed, due to some or another penalty. The fans were avid. Ukraine scored, their yellow and blue flags flying proudly and their chant of "U-kra-i-ne" loud in our ears. Halftime came. The British Olympic team came onto the field and waved at the people. Again, the game commenced. England was on the attack and, eventually, at last, they scored.

The teams ended with one each and the game was over.

What an experience! Anyway, now, we needed to get back to the trainstation. Can you say almost seventy thousand people massing on Wembley Park station? But despite the incredible amount of people, it was quite organised and we got to the train safely and quickly.

Thanks, Willem, this was one of the best things we experienced while in London. We miss you!! 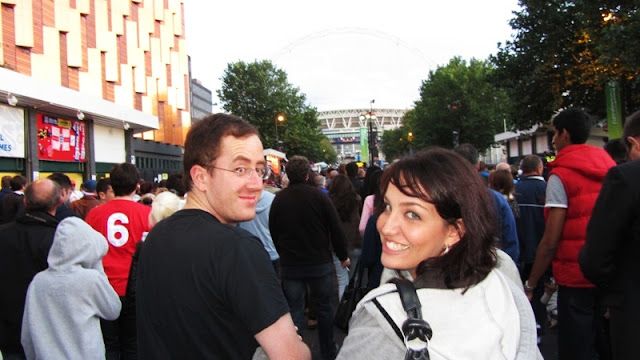 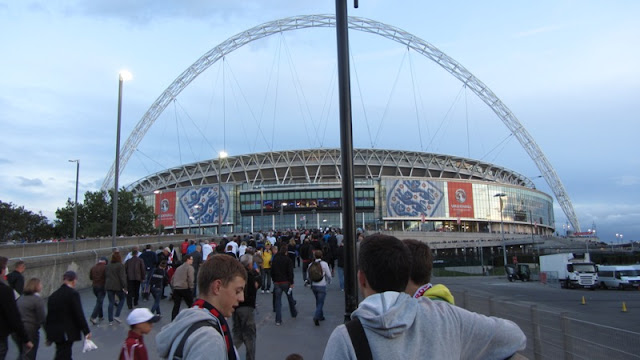 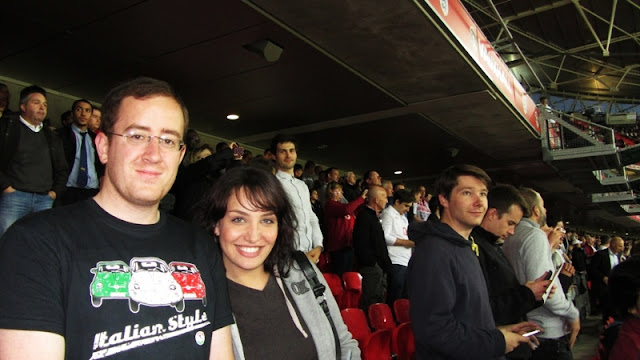 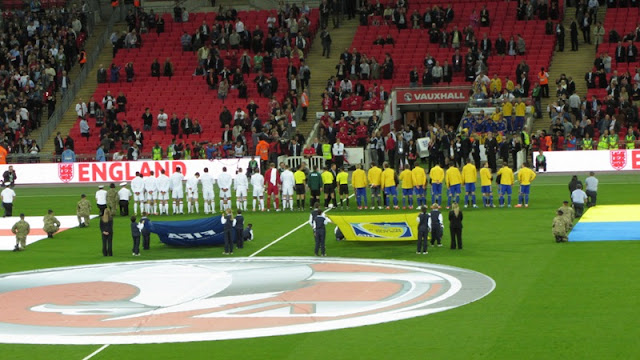 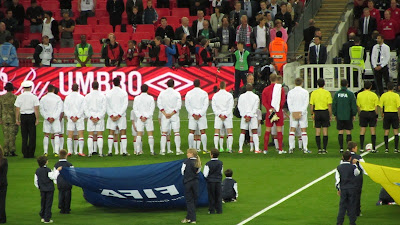 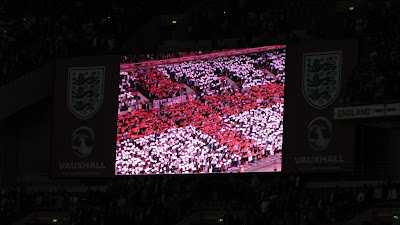 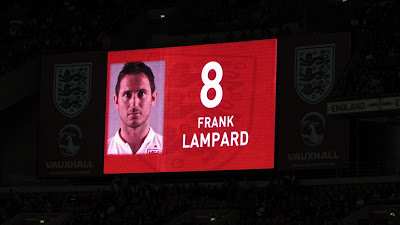 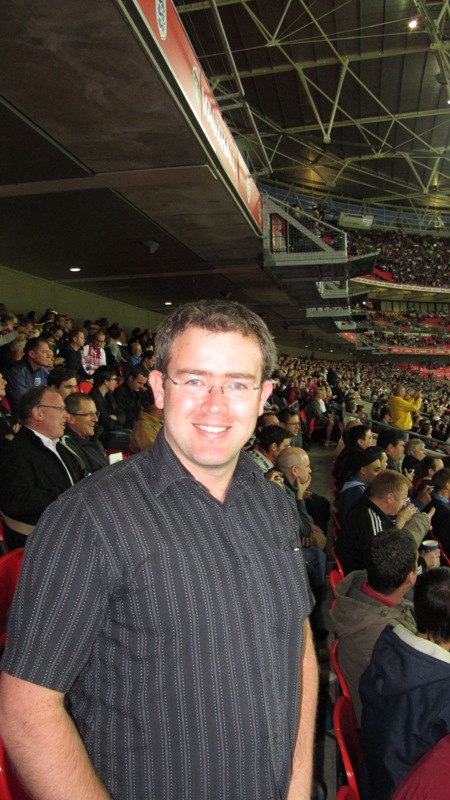 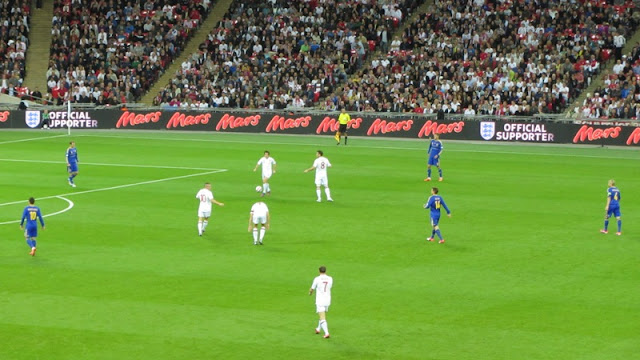 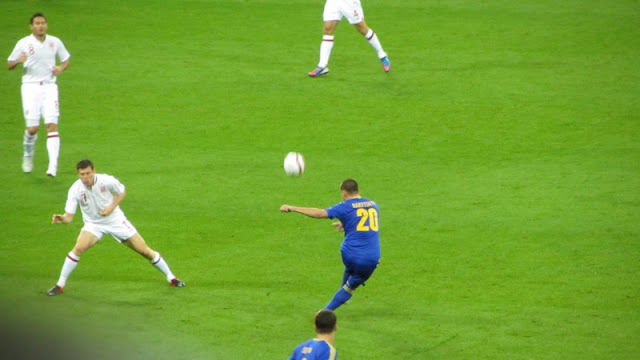 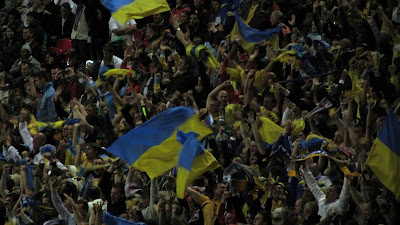 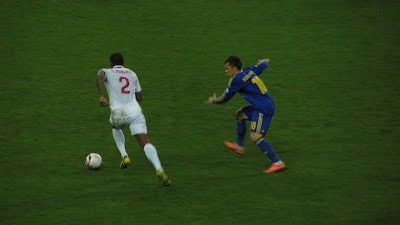 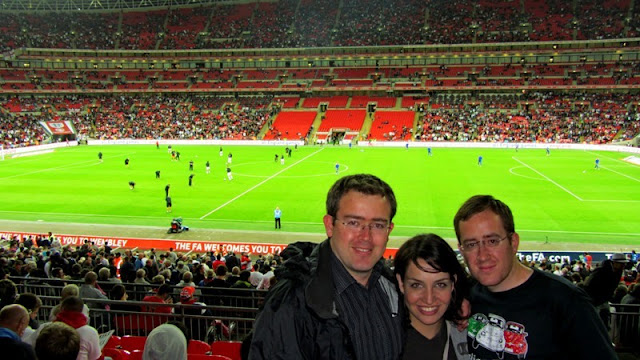 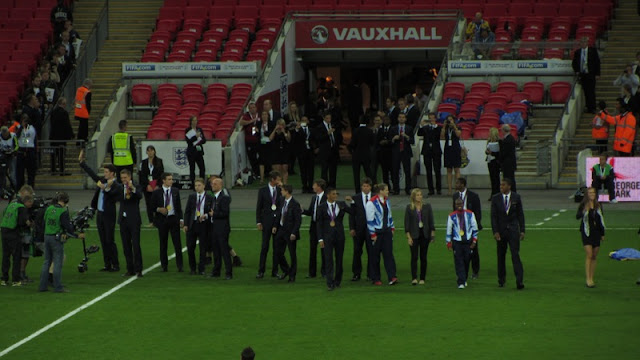 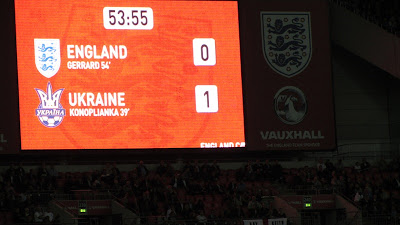 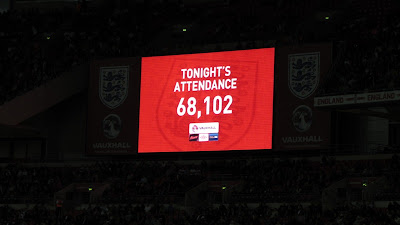 These last three pics are of England's goal. Willem captured it perfectly! I encircled the ball for you in red so you can see it as it enters the net and evens out the score. This was in the last ten or so minutes of the game. Some of the spectators had started to leave already, to avoid the rush that was sure to follow and they actually missed their team's goal! 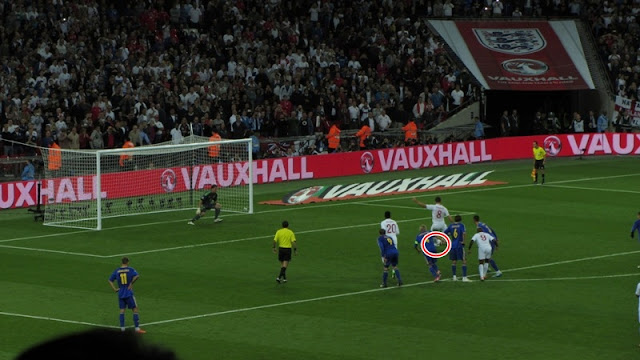 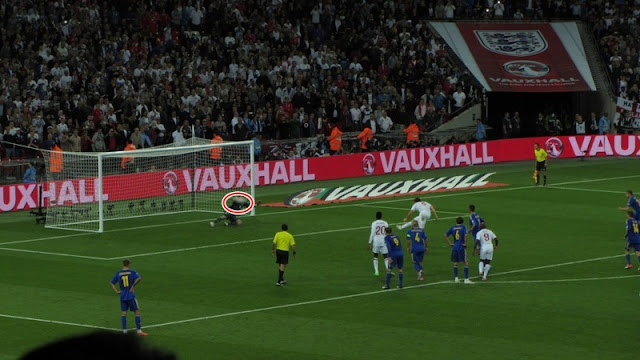 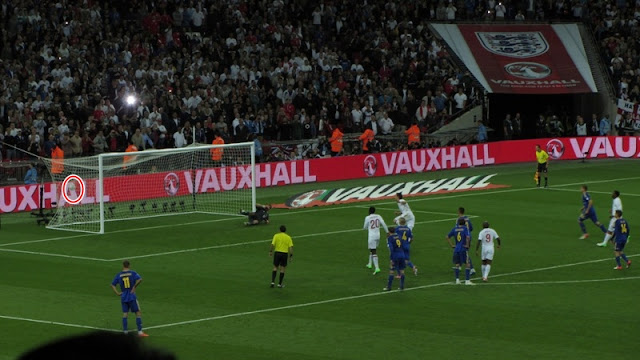