This Blog has Moved and I have a New Book Out!

I haven't written anything on this blog in years, but I figured I'd drop by to let you know about some of my recent news.

First of all, my blog has moved.

I have an official website now, and I update the blog there on Tuesdays and Thursdays.

This blog doesn't feature anything beauty-related anymore, though I still talk about life as an immigrant, share photo diaries featuring our travels, and art tutorials. I also talk about writing, review books and series I love, and the odd post about motherhood or mental health.

Do be a dear and check out the new blog, won't you? 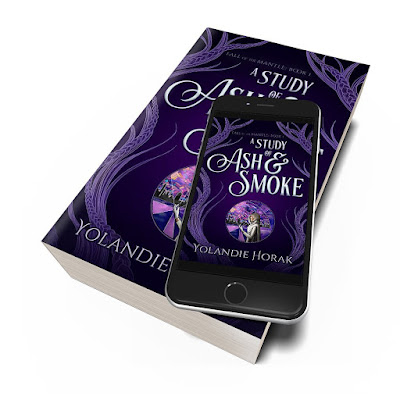 Secondly, I have a brand new book out!


I'm very excited about this project, formerly known as They Physician's Apprentice. Here's what it's about:

Plague, deception, and spies in a steampunk setting.

Cara should be the queen of Mordoux, but instead she must pretend to be a boy named Carl.

Her father hunts her, and will kill her if he finds her.

She’s trapped with him beneath the Mantle forcefield that isolates the kingdom of Aelland. The only way to elude him is to hide as a male physician's apprentice, keeping her telltale royal hair covered beneath medical robes.

But when the enigmatic Nathan Cutter takes over her apprenticeship, her secrets could be exposed.

Nathan knows surgery, not deception, and certainly not the feelings he starts to develop for his new apprentice. Pulled into an ever tighter web of lies, he must decide how much he is willing to give up for a person he hardly knows.

While Cara's father tries to manipulate the puppet queen he installed in Cara's place, a terrible plague threatens to rot Aelland from the inside.

Can Cara and the other physicians find a cure? Or is the only solution the fall of the Mantle, and surrender to the emperor who's claimed the rest of the Seven Kingdoms?

Check out A Study of Ash & Smoke Online:

Thanks so much to those of you who still frequent the Couch. I really would love to see you over at the new blog.